6 Innovations that Could Enhance Anti-Aging Procedures

6 Innovations that Could Enhance Anti-Aging Procedures 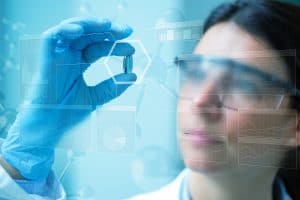 Growing old is inevitable and is a natural part of life. For the most part, it’s a simple fact that the majority of individuals have accepted this as the mere reality. On the other hand, scientists have been working hours on end in the lab to unlock the key to sustaining youth and a healthy prime for all. As outlandish as it may sound, there have been some incredible breakthroughs in the field of anti-aging technology. As doctors and medical professionals continue to discover more about our bodies and how they work, humanity grows closer to making an old complexion less prevalent. Allow us to guide you through the possibility of diminishing aging by discussing the most impactful innovations.

In 2016, researchers from the Salk Institute for Biological Studies in California were successful in reprogramming aging cells by utilizing induced pluripotent stem cells. These stem cells are generated from adult cells and make it viable for scientists to reprogram skin cells to a natural embryonic state. In this same study, researchers found that the group whose cells had been reprogrammed lived 30% longer than the non-reprogrammed control group.

In November of 2016, researchers at CalTech UCLA discovered a method of altering the mitochondria of cells to effectively repair DNA. Cells contain two types of DNA found in the mitochondria, which are normal mtDNA and mutant mtDNA. The study went on to record that the build-up of mutant mtDNA over time tends to cause cells to age and eventually diminish. These researchers were successful in increasing mitophagy activity in a fruit fly, noting a distinct reduction of mutant mtDNA in its muscle cells.

Utilizing Youthful and Healthy Blood to Be Pumped Into Veins

It may sound like something of a vampire movie, but youthful blood has the potential to be the key to reversing the aging process. In February of 2018, Cell Reports published a study that suggested that the blood in young people could be instrumental in fighting against aging. Clinical trials are already underway where plasma from 16 to 24-year-olds will be introduced into the systems of older individuals. Results have been promising so far, but it will be some time before everyone starts loading up on young blood to stay youthful.

Researchers from the Paul F. Glenn Center for the Biology of Aging at Harvard Medical School believe that it is possible to create anti-aging pills. This comes as a result of a study published in March 2017, which witnessed scientists using nicotinamide adenine dinucleotide (NDA+) to reverse the signs of aging. NAD+ is a molecule found in cells that is responsible for maintaining healthy cell function and for regulating cellular aging. Trials were conducted in November 2017, which depicted promising results. If NAD+ supplements can receive the approval of the FDA, we might have a reverse aging pill on our shelves soon.

Anti-Aging Bacteria for the Creation of Anti-Aging Pills

Various other researchers believe that the key to reversing and impeding the aging process lies in a bacterium found in Easter Island. Rapamycin has already been used in transplant medicines and as an immunosuppressant, but scientists now believe that it could be used to reverse the effects of aging. Although many companies are scrambling to be the first to have a rapamycin pill approved and marketed, it will definitely be some time before they hit the shelves for human consumption.

In 2015, researchers from the Buck Institute for Research on Aging and the University of Washington made a revelation that after ten years of conducting research, they were successful in identifying and deleting genes that could prolong life. These researchers identified 238 cells that, when removed, resulted in a 60% increase in lifespan. Many of the genes that were identified were also found in mammals, meaning that, theoretically, the same process could be applied to humans. With that being said, it took ten years for researchers to find and delete the genes responsible for aging through a process of trial and error. Duplicating the results in humans could take a rather long time, nonetheless, the results are encouraging.

6 Innovations that Could Enhance Anti-Aging Procedures 3 years ago
Botox Injections: Erasing Wrinkles and Beyond! 3 years ago
What Causes Chronic Diseases? 3 years ago